Tonights TV. One not to be Missed

By HelloJanuary 11, 2021No Comments1 min read
Remember the story about best friends Matt & Michael who got married to avoid a tax bill? Donal Moloney’s new documentary ‘Let the Rest of the World Go By’ tells their story and premieres tonight, Monday January 11th at 9.35pm on RTÉ One. It is sure to be an incredible watch

Matt was with our agency for a number of years, and done lots of terrific work with us. He shot campaigns for brands such as Toyota & Cuisine De France & was always well liked by everyone he worked with. Matt was a terrific character, an utter gentleman & is sorely missed.
Donal, who is a long time top commercial photographer is now segueing into the documentary world with this remarkable new documentary, a project which began three years ago.
The documentary follows Matt & Michael throughout their marriage as Michael becomes his carer. Matt sadly passed away aged 84 in January last year. The documentary captures his last days and the wake in his home. Moloney’s film allows audiences to understand the two men more, and to recognise what their relationship was really about. It really is a must-see. 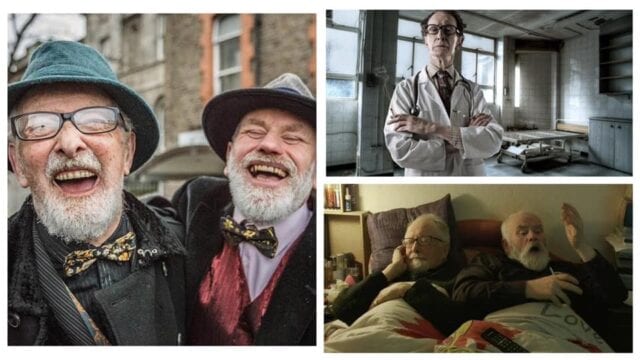 Shots below by Donal Moloney