(1) Who is your Oscar crush this year?
Andrew Garfield! He’s ‘nerd-hot’, but there’s nothing more attractive than talent. He blew me away in both ‘Hacksaw Ridge’ and ‘Silence’ this year, and I’m thrilled to see him get recognized with a ‘Best Actor’ nom. Casey Affleck is a close second. Next time, Casey. Next time. 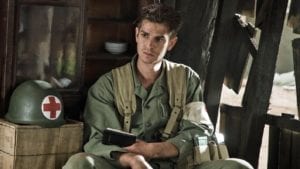 (2) Who do you think should take home the “Lead Actress” award?
Natalie Portman. I’m obsessed with JFK and the Kennedys, and have waited a long time to see the movie ‘Jackie’. Rachel Weisz was originally cast as Jackie Kennedy, but after watching the film I can’t imagine anyone else doing the phenomenal job Natalie did. In playing a beloved icon, she kept all of Jackie’s trademarks – breathy voice, reserve, poise – whilst not falling into characture. She especially nailed it in the ‘White House tour’ scenes, and the scene where she’s crying alone on Air Force One after the shooting. Her absolute raw grief as she wipes JFK’s blood from her face hit me in the stomach both times I went to see it. I had never experienced crying like that on screen. She deserves the Oscar on that scene alone. 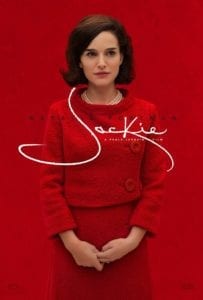 (3) What film that you’ve seen in the past year do you think wasn’t included in the nominations?
I wish Martin Scorcese’s ‘Silence’ had garnered more attention during awards season and in the media in general. I left the cinema asking myself some very big and important questions after watching that… all too rare in film today.

(4) Who would be your dream cast for a dinner party you were hosting?
How big is the table!? 1) My all-time fave actor Gary Oldman. 2) Mel Gibson. His great-grandfather was Patrick Moylette from Mayo, so we’re totally related! 3) Mary Steenburgen and the rest of the ‘Back to the Future’ cast. 4) Christoph Waltz. 5) Monica Bellucci. 6) Chris Pratt… if his instagram is anything to go by, we’ll be well entertained! 7) Zooey Deschanel. I feel like she’s got the #bff vibe down. 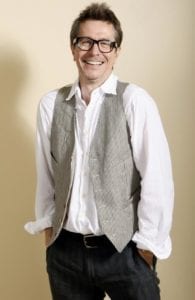 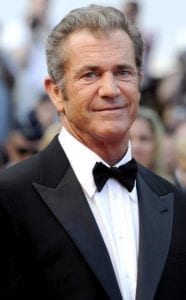 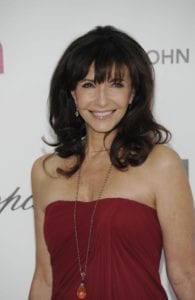 (5) Who have you enjoyed working with most to date?
The Hardy Bucks! I’m a Mayo lady and was already a massive fan when I got to play (the mean) Orla, so that was a special experience for me. More recently, I traveled to Luxembourg to film a scene in Lance Daly’s upcoming famine feature ‘Black 47’ …the fantastic cast includes Hugo Weaving, so I made sure to take advantage and talk shop all things acting. (And about working with Mel Gibson and Andrew Garfield on ‘Hacksaw Ridge’!) He was incredibly warm, gracious and well-read. By far the coolest man I’ve ever met. 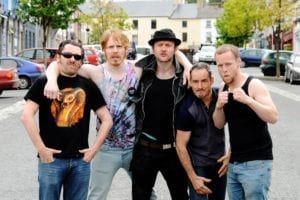 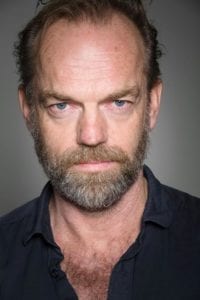 (6) Of all the roles you have played in the past, which is your favourite?
I loved playing Lorraine in the RTE series ‘Can’t Cope, Won’t Cope’. It’s hard to find a good comedic role, and harder still to find a good female comedic role, so that character was a true blessing. It was a smaller part originally, but when Amy Huberman, Seana Kerslake, Laurence O’Fuarain and myself were having such a laugh at the table read, director Cathy Brady and writer Stefanie Preissner decided to include Lorraine in more scenes! In describing her, I’d consider Lorraine as a mix between Fr. Dougal McGuire from ‘Father Ted’ and Alan from ‘The Hangover’. 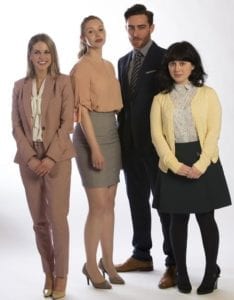 (7) Tell us about what you are working on now / most recently?
I’ve just finished on a short film, and am working on another one next week. As an actress, it’s very important to stay active with the craft and comfortable in front of the camera, so short films are one way to keep busy. Plans are also underway to make my own first short, my first venture behind the camera! And ‘Can’t Cope, Won’t Cope’ has been recommissioned for a second series… #justsayin!