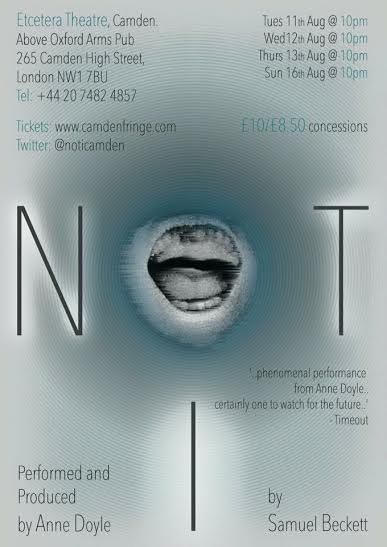 Fraser’s Anne Doyle is performing in a one woman show tonight at the Etcetera Theatre in London as part of the Camden Fringe Festival.

Billie Whitelaw once described ‘Not I’ as Beckett’s most ‘unlearnable and unperformable’ pieces of writing. Visually absurd and aesthetically striking, this 8 minute monologue focuses on the character of ‘Mouth,’ a disassociated and tragic being who recalls traumatic instances from her life through jumbled and erratic sentences at a ferocious pace.

Written in 1972, this eight minute one woman monologue tells the story of an abandoned and mechanical existence, in which the protagonist narrates her life through jumbled sentences at a ferociously fast pace.

‘…Anne Doyle’s youthful coquettishness and joie de vivre gave a sharp vision of what had been lost…a most moving performance and one I shall not forget.’
***DJ Kelly, author and playwright***

‘…entertained thanks to a strong performance from Anne Doyle, making no bones about the realities of life but provoking dark laughs a plenty..’
***Londonist***

‘…In particular Anne Doyle gives the character the physicality and vocal
dexterity required to bring her anecdotes vividly to life..’
***FringeReview*** 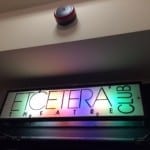 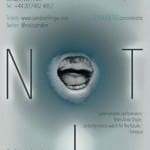