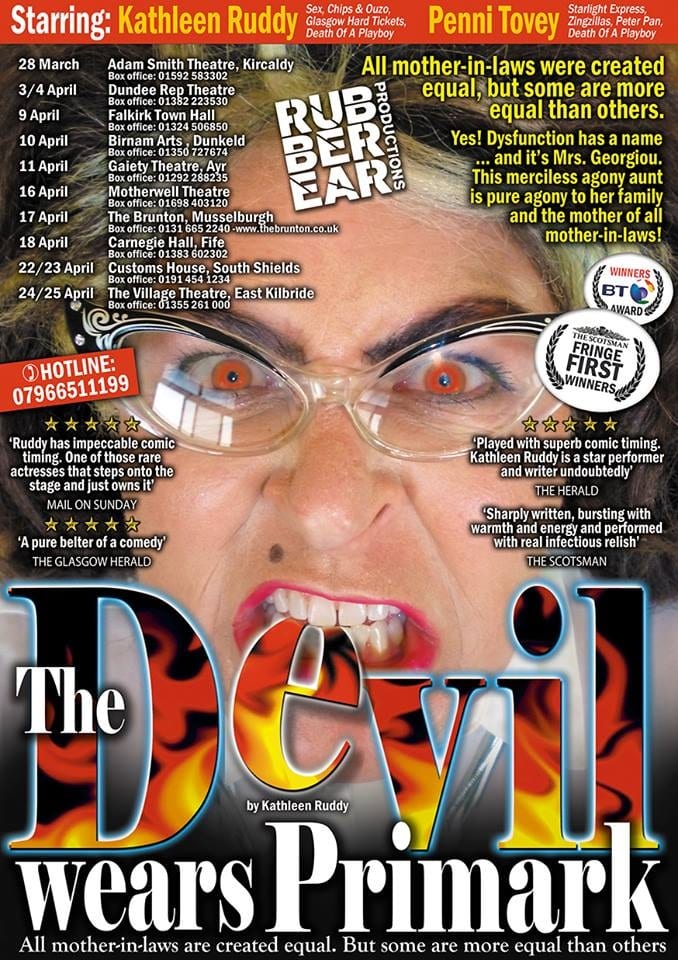 Having toured Cyprus in 2014 playing pregnant teenager ‘Maggie’ in ‘Spare Ribs’ this is Anne’s second time working with Rubber Ear Productions. Anne is so excited about performing in the UK again.

“When manipulative, ageing agony-aunt Athy gives her listeners sex advice, she orders the women to ‘put down their clitoris and get back in the kitchen’ where they belong.

In her world, men wear the trousers and women spit-iron them.

On the brink of being awarded the MBE for services to show business, her estranged family have been summoned to ‘show face’ in support of their overbearing mother but Athy is a formidable character that uses the situation to re-attach her steely grip on her children’s lives. Her daughter, Maria, is overweight and undervalued and has failed to shine under her mother’s big shadow – so traumatised by her emasculating mother; Maria’s only means of communication is by using hand-puppets. The blue-eyed, promiscuous, philanderer son Aris, Flaunts an unsuitable woman in front of his parents in a vain attempt to out-trump the sexist matriarch with the dazzling smile. Aided by their narcoleptic, transvestite father Nikos, in a family where love is a dirty word and snobbery rules with a well-manicured hand, the long-suffering family have to learn to battle through her sexist advice where fat girls have to give up all thoughts of marriage and work in their father’s bakery and their thinner counterparts have to award cheating husbands with a ‘home-cooked meal’

Be sure to join the acid-tongued Athenoulla as she sinks her glistening veneers into her family’s lives and the nation’s sex lives.” 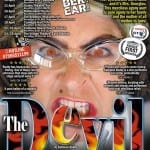